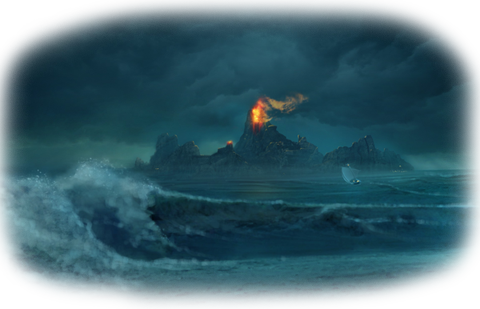 Creating a new universe gives you the chance to introduce new and believable races. Is this opportunity being used?
The newly won freedom is being utilized; a new mythology leaves room for new and original ideas.

What kind of setting will the game have?
It all plays in a fictional medieval background on a huge volcanic island.

Will the island be split, so that you can only gain access to certain parts after completing chapters?
Yes, provisions have been made for this. The story/game-sequences are arranged into chapters.

Is the volcano active? And does it play a role in the story?
The volcano defines the Mediterranean appearance of the island and plays a central role.

Will the game appearance be dirty, or be a mix of dirt and glamour?
Everything will look dirty and used. This will be harder work, but fits wonderfully into the overall game.

Will you already receive information about the rest of the world in this part? Or is this the only piece of land known to the people?
Yes, but only bits and pieces. More of the world is certainly known.

What will be the game conversations like? Will there be bawdy humour and funny dialogue?
There will definitely be an element of humour, as the authors are quite humorous.

Will the in-game time run faster than real time?
There will be an accelerated change of night and day.

Are there plans for multiple cities/camps or settlements and gathering places?
Yes.

In the new game, will there be more attention paid to catacombs, dungeons, sewer-systems and keeps?
Definitely and absolutely yes.

Will there be different climates and vegetation zones as well as hidden locations?
Yes.

Will the trees have leaves or pine needles?
They will have a mixture of both.

Will the dungeons be designed darker at night and will the colour fade to reflect the time of day?
Yes.

Will there be sub-guilds and different cultures?
There are various cultures and power-factions. These are divided as well.

Will there be weapons-caches or something similar in the game?
Yes.

Will there be acrobatics during combat?
The fighting styles are based on your skill level. The more skill points you have, the more elegant your fighting style will appear.

Will there be imposing buildings or building complexes that are interconnected?
Certainly!

Are there any poisonous or dangerous plants that rob the hero of mana or health?
Yes, we are planning for these elements.

Will there be hard liquor?
Absolutely certain!

Are there any women in the completed game?
Yes, there will be women. 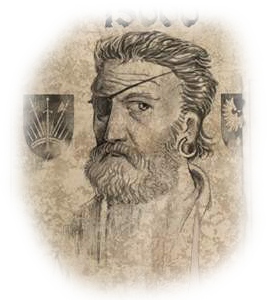 Which social status will the main hero have at the beginning of the game?
As the hero is new and has to first find his way around the island, , his social status will be on the far lower end of the spectrum. He has few skills and knowledge and must learn to get around. The players use of his acquired skills will be deeply influential to the course of the game.

Apart from humans, will there be other races to interact with, like orcs, elves or dwarves?
Yes, but none of the above.

Will there be a social hierarchy in the game?
Yes.

Will there be NPCs with a character?
Yes, there will be.

Will the hero have needs for food, drink, rest and will there be inner monologues?
Yes.

Can the hero recharge his mana and health by sleeping, and thus sleep in every bed?
Yes.

Will there be decent hairstyles?
Yes, there will be hairstyles. Very realistic ones actually.

Will there be fat fellow citizens?
There will be overweight people. 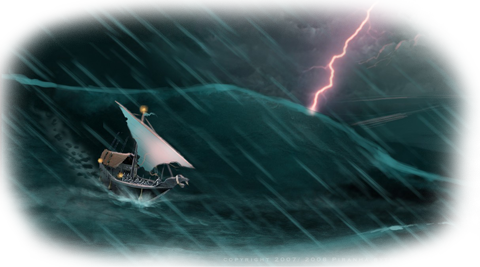 Will there be cool and realistic weapons in RPB? Are you designing the swords?
The weapons look very realistic, but there will be a few special weapons. Our Swordmaster models them by hand.

Will there be magic?
Naturally! There has been a lot of modification, as far as the system is concerned.

None of the features from Gothic are being used. Does this mean we have to do without fireball or fire rain?
Fireball is the standard attack spell of a magician and in nowhere protected by law. The whole thing is mainly based on familiar characters, music, own monsters, gods etc.

Will there be shields and fighting with two weapons?
But of course!

Will there be flails and explosives?
No. 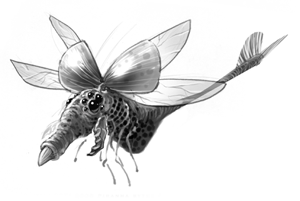 Will there be photorealistic, not drawn textures and HDR (not Bloom)?
HDR programs are being used to optimize part of the textures. They will be close to, but not photorealistic.

The number of polygons is to be reduced. Is this true?
The maximum polygon limit for the model armour lies at 6000 polygons, and will remain below that if possible.

Can we hope for a multiplayer that allows playing the story all the way with friends via Lan?
The logistical problems that this feature would represent for a role playing game would pose a problem even for large studios.

Will there be a generated sky, or will a sky-texture be used for performance reasons?
The sky will be generated, as there is the change between night and day.

How do the different clothing materials (Leather, Silk, Linen and Satin) look? Do the textures appear realistic enough?
There is a new material system applied to the models. Leather will feel like leather and metal and fabric will have a similar shaded effect. Pieces of clothing are animated by hand, therefore no real-time simulation, which would severely drain performance and would negatively affect game-play. The single textures have a colour bitmap, a normal map for the finer effects, and various spectacular and shaded-effects of materials.

Are the developers considering dual and quad core processor as well as widescreen support?
Yes.

Will the game be ported for Linux and other systems?
There are no plans for a Mac or Linux version.

Are there plans for a demo?
It is in the works. 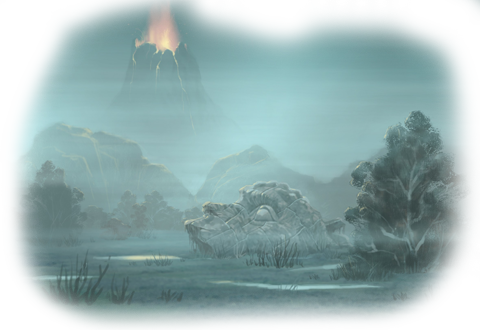 Will the players requests and ideas be incorporated into the game?
Yes.

Where did the inspiration for the game come from?
This time it is more based on reality. Naturally there will be genre-related elements that can be traced back to movies. But there has been a major effort to be original.

Will the new project have multiple parts?
The title should be able to stand on its own, but plans for a purposeful continuation have been made.

Will there be scripted sequences using in-game graphics?
Scripted scenes are not planned.

Will there be objects that increase attributes by often eating/using them?
Yes.

Will there be a possibility to change into other beings in RPB?
There are plans for transformations, but there is no information on that yet.

Will the armour show signs of battle (dents, scrapes etc.)?
The armour will be non destroyable.

Will RPB have more riddles and a more challenging level design?
Yes.

Will there be rendered sequences and Easter eggs?
Yes.=