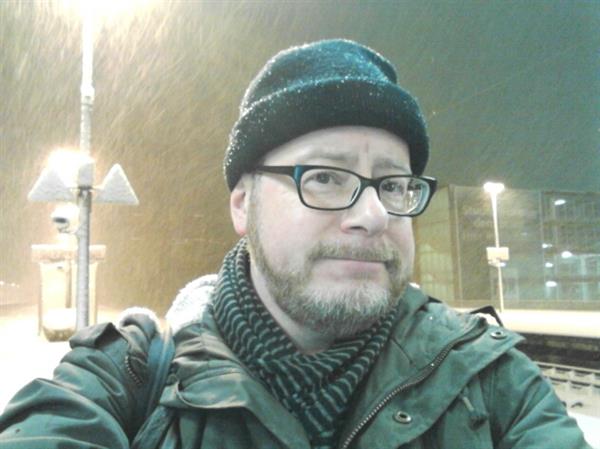 Ralf, every Gothic fans knows that you worked on Gothic, Gothic 3 and Risen as concept artist and art director. Were you give concrete plans and ideas from the game designers and just had to visualize them? Or were you able to influence or change a setting somehow, if you had some fresh ideas?

Its always a matter of instinct. If I realise that ideas are not fully formed out yet in the heads of the designers, I have an opportunity to mix in my own suggestions. Of course, my job is a lot easier when someone knows exactly what he wants  but that does not happen very often. In the end, the final decision rests with the game designer. He says what fits into his game and what not. And thats reasonable since otherwise nothing fits together because too many cooks were stirring at the pot.

Can you tell us in which studios you worked recently? As freelancer or team member?

My position is always both because I often care about the other artists in the team as well. I work at Flaregames as a freelancer to realise my comic but I still try to be available as art and graphics director for all other projects and artists.

Would you tell us something about the games on which you worked after you left PB? Which games do you find especially good and why?

I enjoyed the opportunity to work on the Settlers games (Ubisoft) because for once, I could focus on just one small part of the project as concept artist. For me, that was like a vacation because usually I have to communicate the overall look to all the artists. After that, I had many jobs for commercial advertisement which was also nice because I got to do something new every 2-3 days. Storyboards, retouching, illustrations. That sharpens the skill and is quite nice for the bank account as well. After that, I began to take care of several mobile games at Flare-Games and Ubisoft. That was quite nice because the projects are complete after 3-6 months. You dont spend years on stuff that nobody might ever see.

What do you prefer: To work on an indie title which is very innovative and has a high artistic value but probably wont pay that much? Or a triple-A title that will likely yield a lot of money but does not interest you? Money or art?

When doubt, art. No one ever asks me how much I made but everyone keeps asking on what I have worked. A good reputation and known titles are extremely important in my job as a freelancer. After that, the financial stuff usually takes care of itself.

When can we see your newest artworks or illustrations (for a game, book or something else)?

I am currently working on 5 titles at once. And, as I understand my job as art director, I also help OTHER artists who produce the bulk of the games graphics with design decisions and during shortages. I am not that keen on seeing my style in a game. Instead, I enjoy the cooperation because I want to see the style of OTHERS refined.
I have a little to do with every Flaregames title but even I have trouble to find my handwriting in the games. My own projects I realise in my spare time with the comics.

How far are you with White Lies? When do you intend to complete your graphic novel? Or do you not force yourself on a tight schedule and take the time you need until, in the end, the comic is just like you imagined it?

I spend the last months with restore material that was lost during a hard disk failure and are not finally sitting on new pages. I do not have a fixed schedule but I try to progress as quickly as possible. Luckily, there is no pressure. Otherwise, the work would not be as much fun as it is.

Can we hope that one day we will not just look at White Lies but also read it in Russian?

My good friend Aliona kindly offered to make a Russian translation once the first chapter is complete. So, a timely translation should not be a big problem.

What do you think about the future of comics? In Russia, they are not very popular. Will this medium develop somehow? Or is it lost besides movies and video games?

Here in Germany they are also not exactly everyones favourite literature. A few months ago I was giving lectures at a school and found it quite disillusioning that, if they read comics at all, its mostly the manga titles which are less worth reading. Even though real masterpieces exist...

Digital comic are still in some demand, especially if theyre free. As a medium, they will probably never be able to compete with movies or games, though.

What advice can you give young comic authors?

You should put your financial interests behind or youll end up disappointed. Once you have accepted that you do not have to live from your comics, you can enjoy the work on them in a completely new way. At least, thats what I feel.

Movies, literature and other hobbies

What films did impress you strongly recently? Which new movies are you expecting impatiently?

Which film was your favourite in this years academy awards (The Oscars)? Are you satisfied with the awards?

On which movie would you like to work or have worked as art director? Including films from the past and those where only the start date of the shooting is known?

Everything from David Lean. John Box, the art director of his movies, is an idol of mine. And I think art direction at a film of Rideley Scott would be a cool learning experience.

What film what you have liked to shoot yourself?

Do you prefer to work in perfect silence or with music in the background? If music, what do you like to hear at work?

Ambient music. Like Biosphere, Hol Baumann or other sound wallpapers that do not distract me too much from my work but can unfold a special atmosphere.

Special question from sonnedre: I like vikings very much and everything around them. Does a topic like that interest you? In Nordmar, there were many insinuations regarding vikings in Gothic 3. Where did you find the inspiration for that?

The inspiration was Michael Crichtons Eaters Of The Dead which was also made into the film The 13th Warrior. I like vikings  and especially liked the interpretation of those style elements in How To Tame Your Dragon.

Could you tell us a few words about Risen 2, if you played it through?

Played through? Sadly not. I think it is a solid title with good craftsmanship. But it not really spark my interest.