Just who exactly are Piranha Bytes?

Piranha Bytes is a German developer of computer games, especially roleplaying games. They are currently located in Essen in the Ruhr area, where once Germanys heavy industry was located. It is a blue-collar region, influenced by generations of metal workers and coal miners. The developer studio is rather small with a core team of about 20 people and well-known for its unique style and good connections to the community. Known games are the Gothic series and Risen and Risen 2 - Dark Waters. 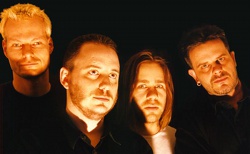 It all started with a company named Greenwood Entertainment in 1997. It was a game developer who mostly worked on simulations. One day, three young students (Bert Speckels, Ulf Wohlers and Dieter Hildebrandt) showed up and presented a demo of a roleplaying game written in Pascal. They made a contract with Greenwood and together with the roleplayers of the company, started to collect ideas and concepts for a new game. Shortly after, Greenwood ran out of money and the former employees Tom Putzki, Alex Brüggemann, Mike Hoge and Stefan Nyul, who were convinced of the RPG project, started their own company to continue the work. So they founded the Piranha Bytes GmbH1 in Bochum. That was the beginning of Gothic. 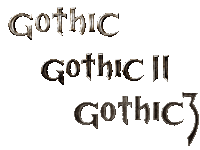 Gothic was a successful series and came to a total of three titles.

Soon, a publisher was found for Gothic. Shoebox, a joint venture between Egmont and dtp entertainment, decided that Gothic would be their first project. In 1999, the Piranha Bytes GmbH became a 100% subsidiary company of the Phenomedia AG2. Phenomedia was market-listed and one of the most noted companies of the German new market during the big dot com bubble. After the crisis of the new technology market and Phenomedias demise, the management and a few employees decided to buy the rights to the game and the name Piranha Bytes out of the insolvency estate of Phenomedia. Because they could now know whether there were any legal issues hidden in the old Piranha Bytes GmbH, they founded the new company Pluto13 GmbH and simply bought the brand, the equipment and the employees. With all that, they continued their work on the Gothic series. That was 2002. In 2003 the company relocated from Bochum to Essen (only 20km to the west). Meanwhile, Egmont had retreated from the electronic games business and publisher for the game Gothic II (2002), the add-on Night of the Raven (2003) and finally Gothic III (2006) was the Austrian JoWooD Entertainment AG.

Change of publisher in 2007

Development of Gothic 3 took longer than expected and after JoWooD forced the release of Gothic III despite the game not being ready, both faced harsh critic from some gamers and magazines. Unable to resolve their issues, Piranha Bytes and JoWooD decided to go separate ways. The Piranhas restructured themselves to prevent a similar delay in the future and to work more efficiently and with less stress from now on. In 2007, the developers had found a new publisher, the Koch Media AG in Munich (acting under the label Deep Silver). Contracts gave JoWooD (temporary) rights the valuable Gothic brand, so Piranha Bytes could not continue that series for the moment. Together with Deep Silver, they developed the new "Risen" franchise. 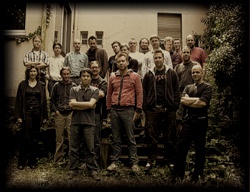 The "Risen 1" team as seen in the credits of the game.

Today, Piranha Bytes is still an active developer company. Over the years, many people left while others joined. Of the original founders only Mike Hoge is still around. But about a dozen team members are old Gothic veterans who joined in the early years and are still working for the company.

With Risen, they proved to the world that they could develop a solid, mostly bug-free title (and on schedule) and laid the foundation for future work. With their newest project, Risen 2, they aim a little higher again and try to make a RPG with a pirate setting. They also got back the Gothic franchise but claim to have not thought about that option yet.

1 GmbH is a legal form for a company in Germany. It is somewhat similar to a Limited. The abbreviation GmbH translates to company with limited liability, meaning that the owners of the company are not liable for the companys debts. To found a GmbH however, it must at least be equipped with a foundation capital of 25,000 Euro.
2 AG is another legal form for a company. In this case, a stock company. The shares of an AG may or may not be openly traded at a stock exchange.