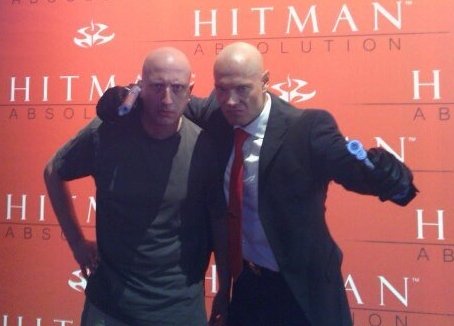 The News of your leaving at Piranha Bytes had been like a bolt from the blue sky to all fans of Gothic. We are probable not allowed to ask you about the reasons behind this decision but may you maybe tell us something about your further plans if these aren't too secret?

I would like to stay to the branch and I'm entering into freelance work. So, wish me luck!

We can read at your LinkedIn profile that you're teaching at the Games Academy now. Could you tell us something more about this? What do you teach? What is the most important to you in the RPG - genre that you want to teach your students?

I lecture on Interactive Storytelling  that's exactly what I've done at PB. In general, it is important to me that the game reacts on the actions of the player. This leads to liveliness.

Could you give some advices to our Gothic-Modding-Teams or to our new indie teams which would help them in the development of their own stories?

Finish it. Cut down everything that causes to much time and work, stay at a manageable level, put goals and check them. Referring to the development of the story, it is quite helpful to present it to someone else. If you convince the other person, you'll be on a good way. If the other person doesn't even understands the story, you'll better reflect on it and check if it is really as good as you think.

Do you plan to create your Dream-RPG (not important with which developer) somewhere along the way? That means, to write a story, that is perfect in your view, for a RPG?

There really is an idea I would like to realise in a RPG (by the way, I've already discussed about that in the forum) but perfect doesn't exist and my RPG doesn't have to be like that. Creating a good game would suffice.

Has Risen 2 become the game you had planned it to become before? Or has something gone wrong? Wrong, it seems to be to many fans of Gothic  However, maybe the Piranhas have been very happy with the result  or not?

You shouldn't ask that question to me. I've always been one of our strongest critics myself  I presume I've the right to do so because I'd been a member of the team that made the mistakes itself. I've never been absolutely satisfied with any of our games - maybe I've become more forgiving over the years. At every project there are things that work well and other things that work poor. Development of cutscenes of Risen 2 has worked very well and this is a part of the game at which I'm very happy with the result.

You'd been a member of the writer team of PB nearly from the very first, we can read your name next to the one of Piranha-founder Mike Hoge at the writers in the credits of Gothic 1. All fans of Gothic are deeply grateful about these dialogues!

Thank you! I'm happy to had been a part of this. Development of Gothic 1 has one of my nicest experciences.

Would you tell us how the situation at the team has changed during the years you'd been working there? Do the goals and attempts have changed over time? And  if they have changed  how far? Had there been more freedom and independence for you earlier? And by whom does that depend? On the head of the studio or on the publisher?

The point about freedom is nonsense. Everything has become more professional and naturally we all have changed, too. Over the years, old workmates have left the team and new ones have joined consistently and all of them have played their part in the development of our games. The spirit to make a good game had always been noticeable in our team.

Oh, really? Some of them could be mine

To mention a paradox: Fans of Gothic from everywhere in the world are discussing these gaps in that series, are discussing their own theories to these gaps and develop a rising number of modifications to nearly every gap. The logic error of Risen have still been discussed, too.

Just to mention Gothic 1, the thirteen mages  some of the logic errors are absolutely annoying and could have been avoided.

Risen 2, contrary, there are nearly none discussions about this topic  neither in the German forums nor in the English or Russian ones. What do you think is the reason behind this?

Well, what could I say? That's not nice, of course, it seems as if we've missed to fulfill the wishes of the fans  Apart from this, there are all in all less positive threads  and when had been the last time, a user of the forum has named like a character of one of our games? Habituation could be a reason for this. At the first Gothic, everything had been new. Meanwhile, everything is known and is compared to everything it could be compared to and when I have a look at some of the threads the I think the games are just gambled down very fast. Maybe a symbol of our time as well?

Would you like to write the script of a movie someday? What kind of movie would it be? Which genre? An inventive story or production?

Sure, why not? It wouldn't be fantasy, I guess.

Do you like to read books? Do you even have enough time for that? If so, which book has impressed you most recently?

Sadly, I read less than I want to do. At present, I am reading Patrick O'Brian. Master and Commander.

Would you like to write a book yourself someday? It would be interesting to read a book above the work in a studio and above all difficulties of developers in the development of a game

Do you know some Russian writers? If so, whichsoever has impressed you most?

Translation into English by MisterXYZ, some parts by foobar